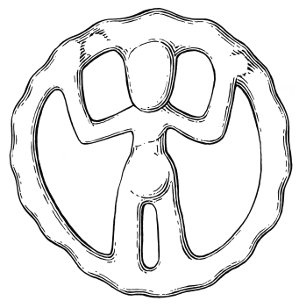 The Institute for Archaeological Heritage (Ústav archeologické památkové péče Brno) was founded on 1 April 1993, having separated from the Institute of Archaeology of the Czech Academy of Sciences. It was founded in accordance with the decision of the minister of culture number 7/1993, dated 18 March, as a publicly co-funded institution (příspěvková organizace) of the Ministry of Culture of the Czech Republic. The main scope of activities consisted in carrying out preventive and rescue excavation projects and the processing of the finds. Effective 3 May 1995 the institute was tasked with the protection of archaeological heritage on the territory of fourteen counties of the former South Moravian Region (Blansko, Brno-město, Brno-venkov, Břeclav, Hodonín, Jihlava, Kroměříž, Prostějov, Třebíč, Uherské Hradiště, Vyškov, Zlín, Znojmo, Žďár nad Sázavou).

In 1993 the Institute for Archaeological Heritage commenced its activities with 25 employees, 12 of which university-educated. Over the years IAH has welcomed many new and younger colleagues.

As of 1 April 2001 the duties of the founder and operator of the institute were transferred from the Ministry of Culture of the Czech Republic to the newly formed South Moravian Region, pursuant to act number 157/2000 Sb.